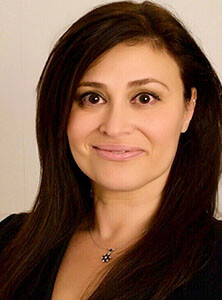 Amy has tried many cases to verdict in Pennsylvania's Civil and Criminal Courts and recently obtained one of the largest jury verdicts to be awarded by a Bucks County jury in many years. Amy has also been selected by both plaintiff and defense counsel to preside as a neutral Arbitrator and Mediator.

Amy graduated from Temple University in 1996 with a BA in Risk Management. In 2000, she graduated with honors from California Western School of Law in San Diego, California. While in law school, Amy won numerous honors including two American Jurisprudence Awards - for Trial Advocacy and Mediation.  While in law school, Amy traveled abroad to study International Business and Humanitarian Law in Paris and Geneva.  Amy also had the honor of being chosen as the commencement speaker of her law school graduating class.

Before joining Velter Yurovsky Zoftis Sokolson, LLC, Amy worked for four years at the Defender Association of Philadelphia obtaining extensive trial experience representing adult and juvenile clients charged with misdemeanor and felony offenses. After the Defenders, Amy served as in-house counsel in the Special Investigation Unit for a major insurance company where she gained a great deal of civil trial experience in defending personal injury claims.  Later, Amy transitioned her practice of law to representing plaintiffs in personal injury cases and has been protecting injured victims for over ten years.