Driving Under the Influence is a serious offense in Philadelphia Pennsylvania. Drunk driving impairs both coordination and judgment. Therefore, an intoxicated person who decides to put their hands behind the wheel of a motor vehicle risks damage to both persons and property. The law recognizes this danger, which is why it treats DUI cases as criminal cases rather than mere Traffic offenses.

Simultaneously, DUI is a mistake that people with otherwise sound judgment can make, one from which a person should move on. To minimize the potential harm caused by a DUI drunk driving charge, you need the help of experienced DUI Lawyers. Whether by aggressively contesting the charges in court or by skillful negotiation for a favorable plea deal, a skilled DUI attorney can help you secure a favorable outcome.

The law offices of Velter Yurovsky Zoftis Sokolson, LLC, have the experience in criminal law to get you the best possible results if you face DUI charges. Contact our DUI Defense Lawyer for a free consultation.

By law, there is a specific and clearly outlined set of steps that the arresting police officer must adhere to in all drunk driving arrests.

And any significant deviations may render a DUI conviction impossible. To check for any deviations, it’s helpful to take some time to recall and write down the events leading up to and during the stop and arrest. It’s wise to do this before meeting with your DUI attorney. Keep in mind that details of memories can fade quickly, so the earlier you write them down, the better.

Here, in outline, are the steps a police officer needs to perform in case of a DUI:

These tests have major potential pitfalls that provide a skilled attorney with occasions to challenge the evidence. The best defenses against DUI are often based on failures in this process.

FSTs have limited reliability and a high margin of error, so they can be challenged even when performed correctly. A good DUI attorney should be prepared to question the results of FSTs at every possible turn rigorously, and you can expect your DUI Lawyers from Velter Yurovsky Zoftis Sokolson, LLC, to do just that.

Though a preliminary breath test is perhaps more reliable than the highly variable FSTs, the devices used for preliminary breath tests are still far from accurate enough to serve as a basis for conviction. Therefore, the real weight of evidence in a DUI case lies with the in-station breathalyzer or blood testing.

Although these testing techniques are more reliable than the other two methods, they are also more technically demanding. There is a serious possibility that some mistake may have been made in applying these tests, which would render the results invalid.

It will be your criminal defense attorney's task to analyze all records pertaining to the machines and your results, everywhere scanning for any mistakes that may discredit the prosecution. Velter Yurovsky Zoftis Sokolson, LLC has attorneys with expertise defending clients in criminal court and on appeal. 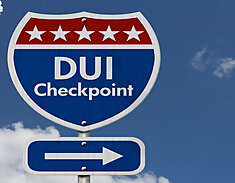 Many people charged with DUI have a previously spotless record, free of criminal charges. Such people are likely unfamiliar with DUI law and the specific penalties for DUI in Pennsylvania. Fortunately, however, there are measures in place that grant more lenient treatment to first-time offenders.

Depending on each case’s details, resolution of 1st time for DUI offenders may include paying restitution, completing substance abuse treatment, doing community service, and/or other conditions, all to avoid jail time and a lengthy driver's license suspension. However, every case is different, so it will take an expert Philadelphia, PA DUI Lawyer to help you understand your options and help you decide whether to negotiate or contest DUI charges. A strong defense plan must be developed for your DUI case.

Penalties for DUI will become significantly more serious if the DUI is not a first-time offense or in cases involving an Accident or Injury to other people or property. In such cases, some amount of incarceration is a likely outcome of a DUI conviction.

As these penalties become more serious, your freedom and your rights become more at stake. An experienced DUI Lawyer Philadelphia will be able to provide legal advice and navigate through the entire legal process to get the most favorable outcome for the defendant. Accordingly, the need for capable and experienced DUI Lawyers only grows direr and requires an individualized approach at which the DUI Lawyers at the law offices of Velter Yurovsky Zoftis Sokolson, LLC law firm excel.

Do not hesitate to speak with Velter Yurovsky Zoftis Sokolson, LLC regarding all your legal options when you face DUI charges in Philadelphia, PA. This is a serious criminal case and is best handled by an aggressive defense attorney.

Call our law offices at 215-969-3004 now. Or Contact Us by email for a prompt response. We offer a free consultation, and our DUI Lawyers have been able to help countless clients in obtaining the best possible results and have the knowledge, and initiative to minimize or drop the harmful consequences associated with a DUI. In Pennsylvania and New Jersey, we handle DUI and DWI cases. 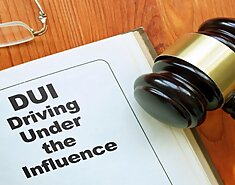